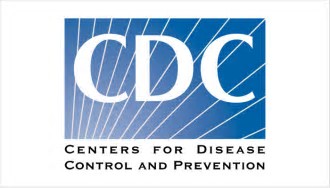 Earlier this year, in its Morbidity and Mortality Weekly Report (MMWR) Recommendations for Hepatitis C Screening Among Adults — United States, 2020, the U.S. Preventive Services Task Force (USPSTF) updated its recommendations for one-time hepatitis C virus (HCV) screening to include all asymptomatic US adults ages 18-79 years, including pregnant women, who do not have known liver disease. The MMWR updates and expands the USPSTF’s 2012 guidance for testing of HCV among adults in the United States, which stated that one-time screening should include adults born between 1945 and 1965, with periodic screening of those at continued risk.

Hepatitis C is a liver disease caused by the hepatitis C virus, found in the blood of persons who have the disease. It is spread by contact with the blood of an infected person. In the healthcare industry, transmission of HCV occurs most often by percutaneous exposure, including needlestick injuries.

According to the MMWR, hepatitis C is the most commonly reported bloodborne infection in the United States, with an estimated prevalence of 2.4 million persons (1.0%) living with the disease. Additionally, of those infected, 80% have no signs or symptoms, but go on to develop chronic infection. Therefore, the MMWR asserts that “strengthened guidance for universal hepatitis C testing is warranted”. The recommendation for testing of persons with risk factors remains unchanged; those with ongoing risk factors should be tested regardless of age or setting prevalence, including continued periodic testing as long as risks persist.

In the wake of the Russian attacks against Ukraine, the American Dental Association (ADA) published…

On December 16, 2021, the California Occupational Safety and Health Standards Board approved revisions to…

Archives
Categories
Back To Top
Search